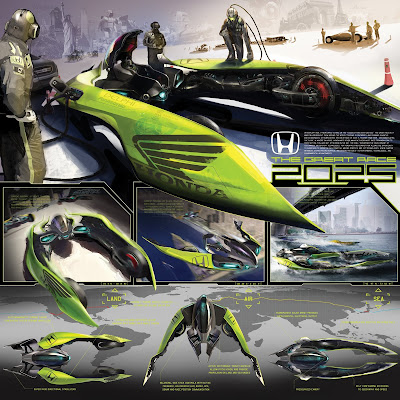 This was entered in the 2008 Los Angeles Auto Show's 2025 Design Challenge a few days ago. Most of the designs submitted are pretty crazy, and I thought this one was pretty neat.

Here's a part of the blurb in the photo above that gives some thoughts on what's being showcased behind the design:

"In February 1908, 17 men dared to take on the 'toughest race ever devised.' The Great Race as it was called brought them around the world, touching three continents and spanning six months and 22,000 miles. 117 years later, the great race of 2025 is tougher than ever. Circumnavigating the globe in a mere 24 hours, Honda and five other manufacturers must race from New York to Paris not only on land, but at sea and in the air. The goal: to further the development of sustainable motorsport technologies. For Honda, no other competition allows the opportunity to showcase it's expertise in automotive, marine, robotics and jet technologies. A new chapter in Honda's storied racing heritage, and demonstration of it's performance, technological, and environmental advancements."

Here are some larger views of the different scenes depicted above: 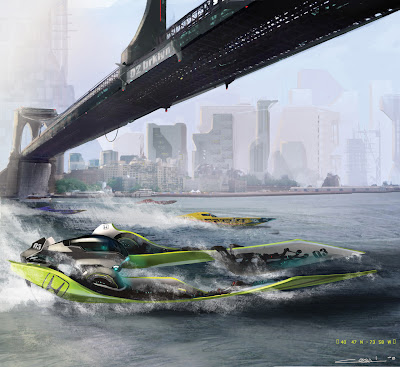 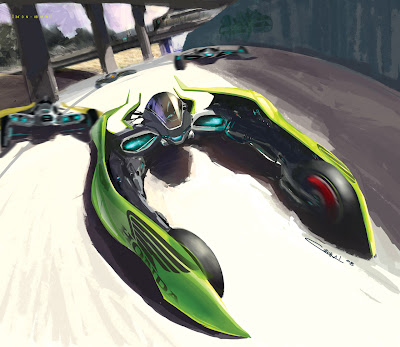 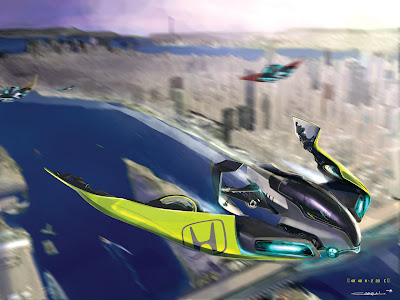 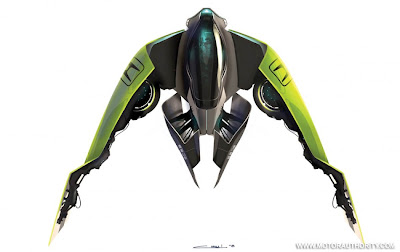 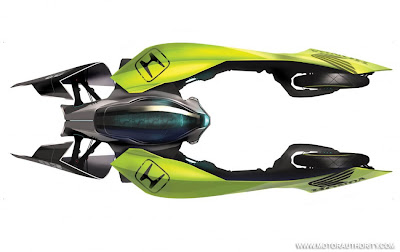 Next it'll probably be rumored that the U.S. market will recieve a version without the flight capability, and won't have the red Recaro lathered cockpit. Haha. Damn.
But regardless, the winning design will be announced at the Design Los Angeles conference on November 20 at the 2008 L.A. Auto Show.
-Nick
Posted by nicoSPON at 6:52 PM

This is supposed to be a car? It looks like something out of Hydro Thunder, lol.

This is an amazing car can it fly?

i always wanted honda cars like this but hope get in future.