Another Sad Day for Honda 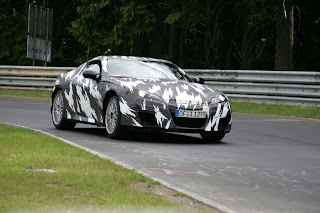 Earlier this month we found out that Honda had dropped out of Formula 1, well while doing a little internet surfing today I came across the decision made by Honda to can the replacement for the next NSX.

A little piece of Autoblog's coverage....

"Amidst a troubled global economy, Honda is actively scaling back its operations, and its performance programs are sadly bearing the brunt. After canceling its participation in Formula One and the AMA motorbike road racing series, the Japanese automaker has reportedly announced that it is nixing development of the next-generation NSX supercar.

The unfortunate news will undoubtedly come as a stunning disappointment for the loyal legions of Honda/Acura sportscar fans. The new NSX, which looked to be nearing the end of its development on the road to production, was slated to be the most powerful car ever made by Honda, driven by an anticipated 560-horsepower V10."

Visit Autoblog.com for the full article.
-Jamie
Posted by Its Jamie Time at 7:39 PM