So, I was randomly trolling on the Mugen Power website a couple months back the exact same day they announced/released the specs for their version of the latest Insight -- or for reference, when this link was first active.

I saved the photos from what they had posted up and planned on posting them on here -- writing this prompted me to actually look back at the files' save dates and when the news was released, which are both on Feb 5. For some reason I figured not that many people would be interested and scoffed at the idea for a post, as I often do with many of them. This time, though, proved to be my mistake. They showed up everywhere throughout the following week! (I was kind of disgruntled over it, and looking back now I notice I didn't really post much for the rest of that month -- haha)

Oh well. Now I can stop kicking myself in the ass over that, as I bring you what the title states, an Insight by the stylin' Honda gurus of Noblesse: 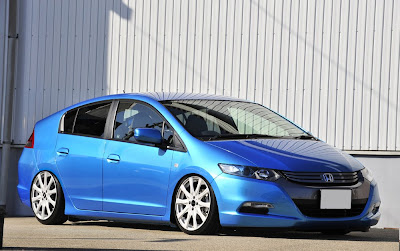 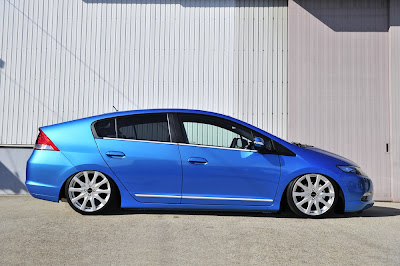 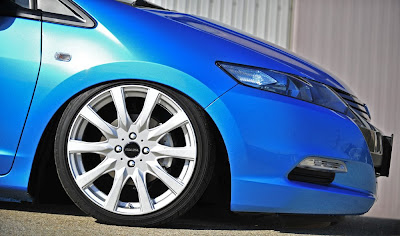 In that color and with that most-likely-bagged stance, it's easily one of the sleekest Insights I've seen yet. Which one to choose, Mugen or Noblesse? Regardless, I wonder if, and hope that they'll do more with this one.

MUGEN is cool, but NOBLESSE is straight gangster ...