Personally, I love driving in wet conditions. There are a lot of guys out there who don't bring their shit out if it's raining, I'm just not one of them. But when Jamo and I stopped off at a local meet hosted by the ChicagoZ forum this passed Sunday, I was surprised to see there was a pretty decent turnout despite cloudy skies accompanied by rain.

Now not everything that showed up was necessarily even worthwhile (unless you get a laugh out of widebodied Scions with lambo-doors, and random things of that nature), but there were a few hidden gems amongst the masses. We got mobbed by the paparazzi when we first parked, but after a few minutes of people jockin' Jamo's DC2 it was pretty chill and we walked around to see what there was to offer. 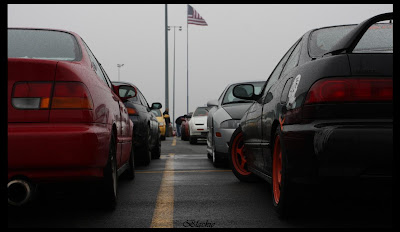 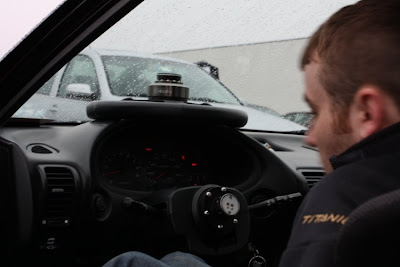 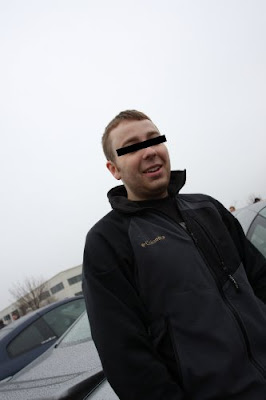 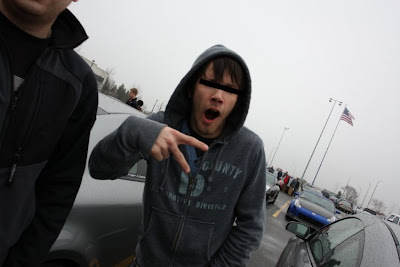 Unfortunately, I didn't have my camera on me to snap any photos myself. But we have these to share thanks to Young, aka BlackiePhotos. Next weekend should be a lot nicer out -- supposedly temps near 80 degrees -- we'll see how things go.

PS - Here's an extra shot from over the weekend. While we gave my car a much needed fresh coat of wax on Friday, we had CrazuKnights umbrella girl tryouts: 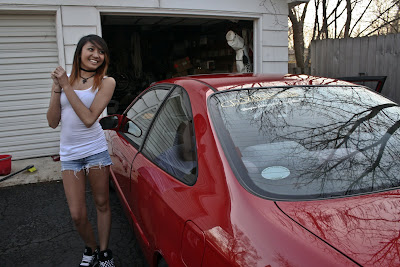 Wow, April is a hottie!!